We traveled further east in Southern Arizona to venture into the rugged Dragoon Mountains for three days of hiking and camping. We were fortunate that the Middlemarch Road was in good shape depsite the recent snowstorm, allowing us to traverse the southern portion of the Dragoons through the Middlemarch Pass before proceeding north to an area of the mountains known as Cochise Stronghold.

This mountain range is storied in that while range is only about 15 miles long by eight miles wide it served as the base of operation for Apache Chief Cochise and his band of approximately 1000. Cochise and his band fought a guerilla style war against the both the Confederate Army and the U.S. Cavalry in an ongoing conflict that started in 1861 and ended in 1872 when Cochise agreed to cease fighting. He died shortly afterwards and is buried somewhere within the Dragoons. However, only his blood brother Thomas Jeffords (long since deceased) knew the location which he never divulged.

The hiking in the Cochise Stronghold is excellent. The hikes generally follow the winding canyons, traverse the many streams running through the canyons and gain elevation to provide fantastic views. The solitude factor here is very high as relatively few folks find their way into these mountains to hike or camp. 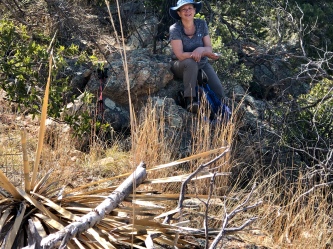 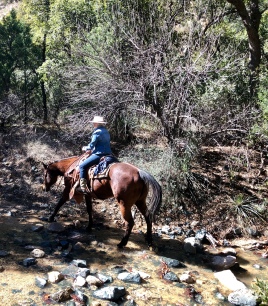