As we mentioned in closing our last post we were planning on traveling south to spend two days exploring and camping at Chaco Culture National Historical Park near Nageezi, NM. Chaco Canyon was occupied as early as 900 B.C. and as an archaeological site is on par with the fantastic Mesa Verde cliff dwellings. Unfortunately, the storm that passed through northern New Mexico rendered the 25 mile dirt road into the park impassable.

Not to worry! Northern New Mexico is rich with significant archaelogical sites. In fact, there are 19 ancestral locations which can be accessed in the Four Corners Region. So after a brief stopover in the badlands surrounding Angel Peak we set our sights on Bandelier National Monument.

The Angel Peak Recreation Area is managed by the BLM. It is a beautiful area of desolate badlands, occasionally marred by oil or fracking sites scattered through out the 10,000 acres. Angel Peak is still worth a visit.

We joined Route 96 to make the drive to Bandelier NP. Route 96 runs north then east skirting the northern boundary of the Santa Fe National Forest and parallels the Old Spanish National Historic Trail. This area is sparsely settled with only five settlements along the 60 miles -between Cuba and Abiquiu. The total population of all of the settlements is apx. 500 people.

Bandelier National Monument is a relatively small (33,000 acres) monument but protects an area of mesas and canyons where humans lived as long as 11,000 years ago. This area features both cliff dwellings and multi-room dwellings on the canyon floor. Much of the material here is tuff (compacted volcanic ash) which allowed the Puebloans to carve into the cliffs.

There are a number of dwellings where you can climb up into cliff dwellings using ladders modeled after the ladders the Puebloans used. The Alcove House pictured below provides the opportunity to climb up a series of ladders and provide the view of the canyon that the Ancesteral Puebloans had so long ago. Additionally, there are many petroglyphs on the cliff walls. 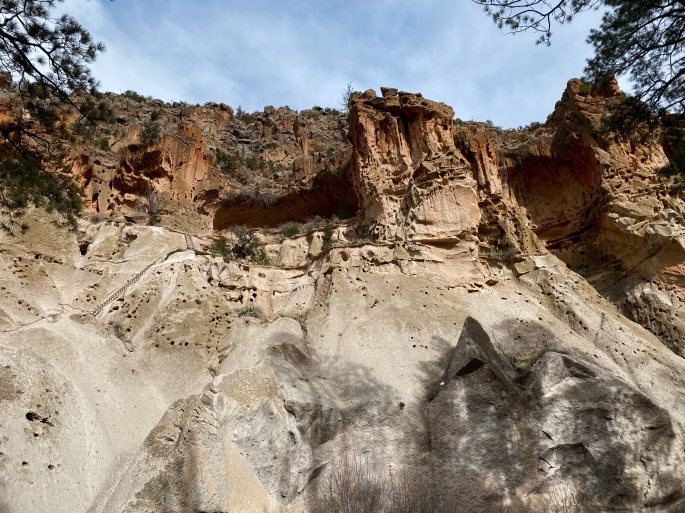 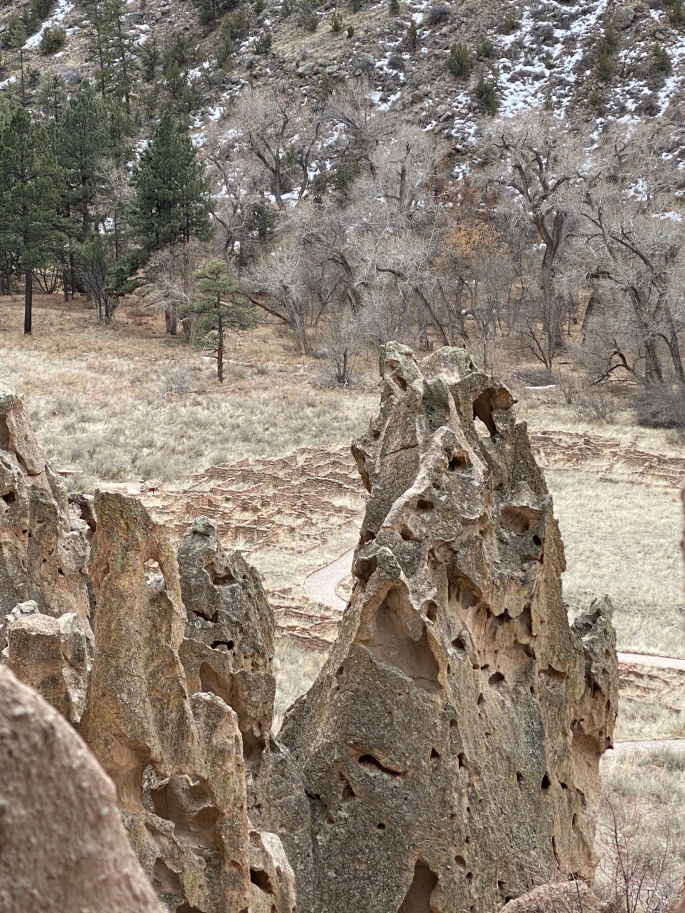 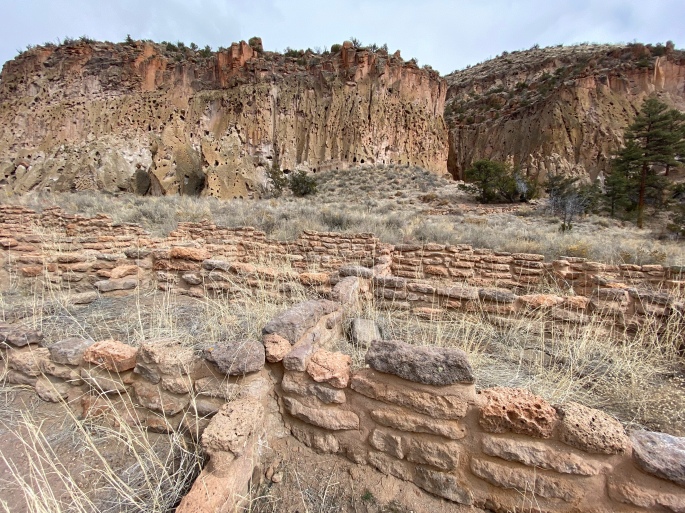 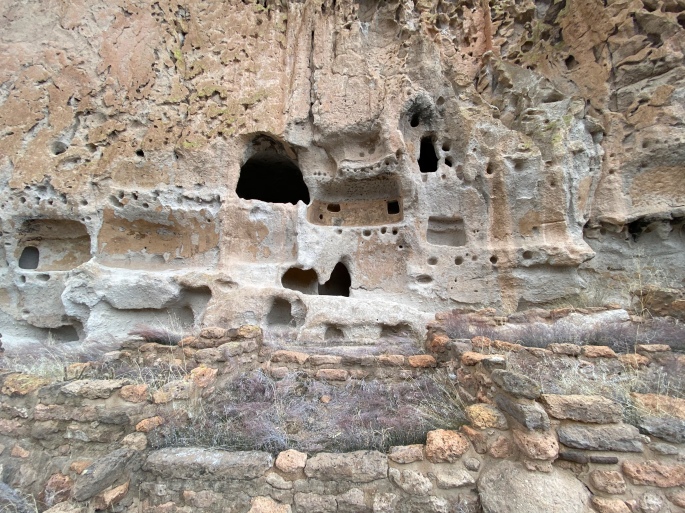 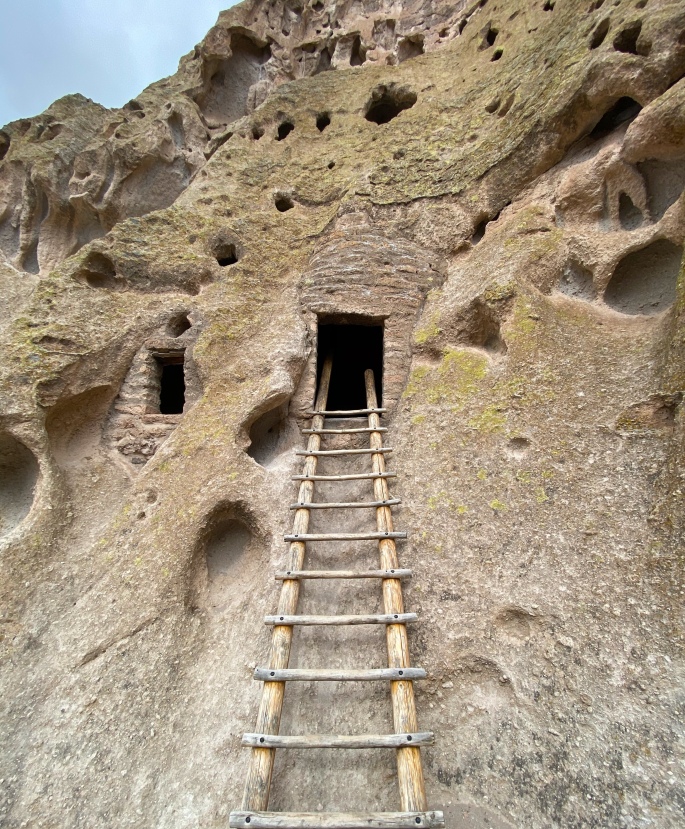 BNP was closed to the public during World War 2 as the buildings and lodging were appropriated for the Manhattan Project which was based in nearby Los Alamos. The Bradbury Science Museum in Los Alamos depicts the history of the Manhattan Project which produced the first atomic bombs which were dropped on Japan in an attempt to hasten the end of the war with Japan. Replicas of the “Fat Man” and “Little Boy” atomic bombs pictured below.

BNP is within easy driving distance of Santa Fe. The park offers primitive camping and there are hotels in nearby White Rock. We would recommend visiting in the off season as parking is limited and the crowds make for lines if you want to climb up into the dwellings (according to the park rangers). We recommend one to two days here in order to hike the Frey Trail, visit the Long House, the Alcove House and the Falls Trail.

P.S. The Revolt Coffee truck is parked on Route 4 in White Rock so you can grab a great coffee to go on your way into or out of the monument. 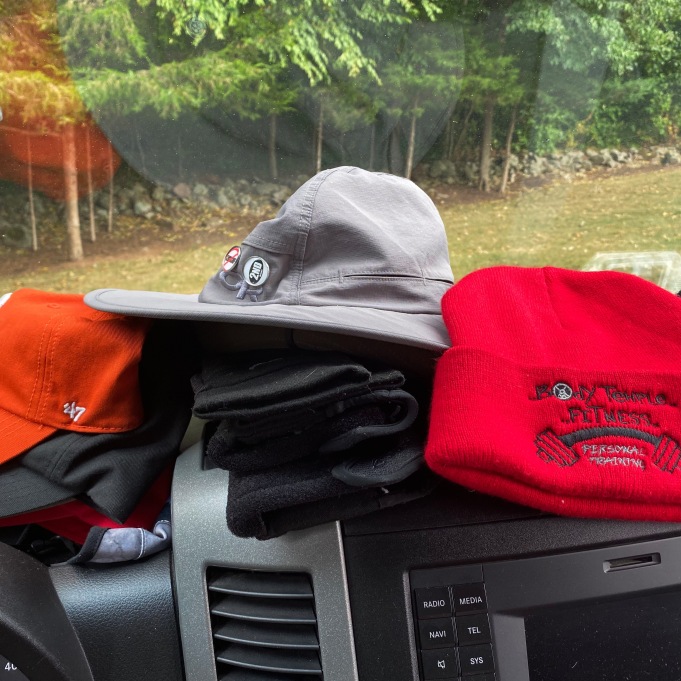 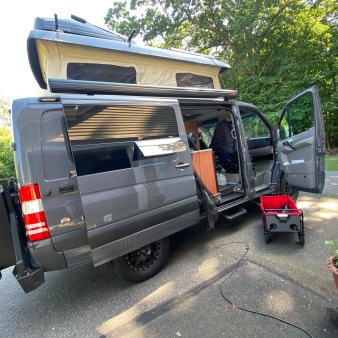 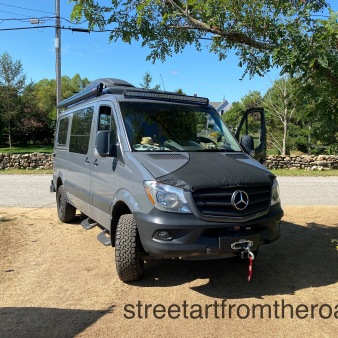 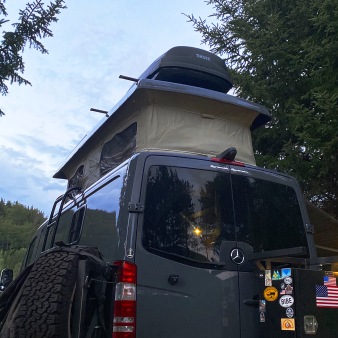 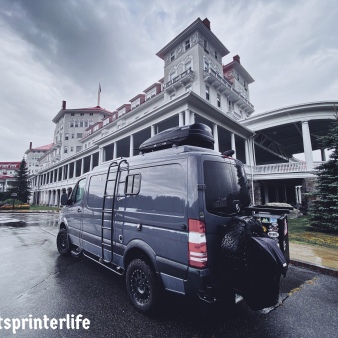 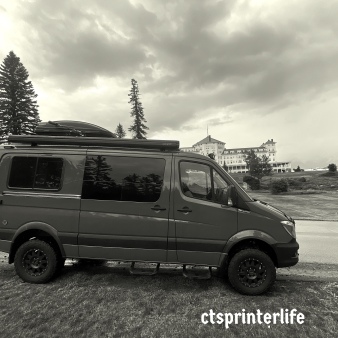 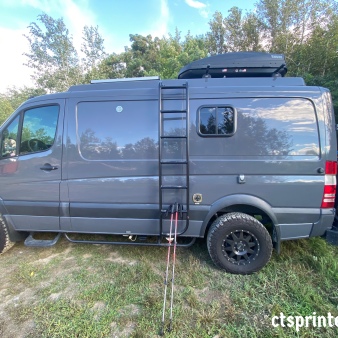 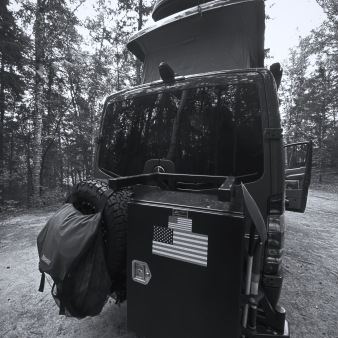 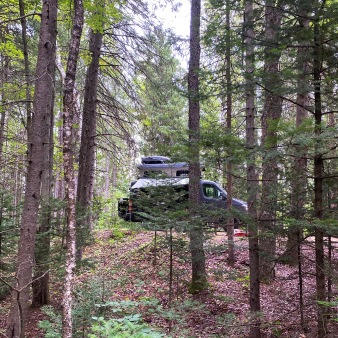 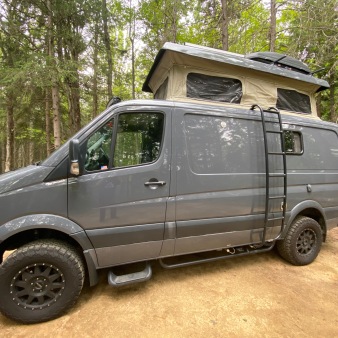 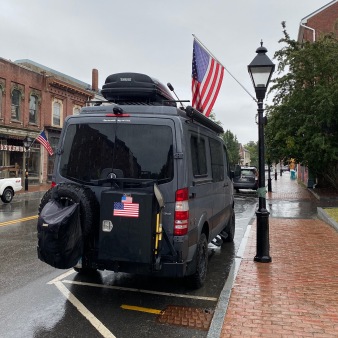 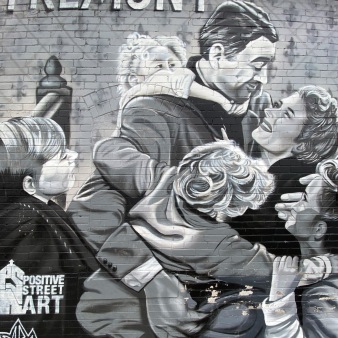 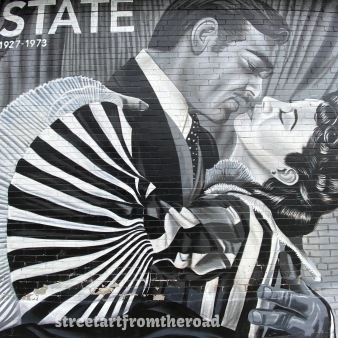 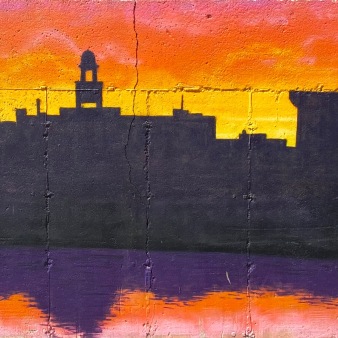 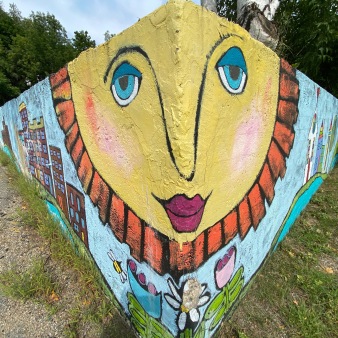 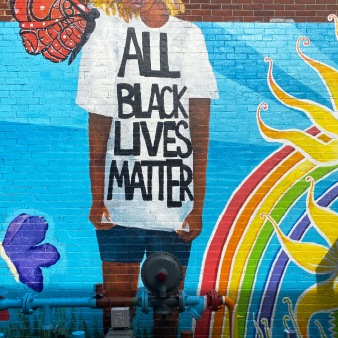