We spent several weeks in West Virginia hiking and biking as well as driving a number of backways. In this post we are primarily focusing on our Rails to Trails rides. In an upcoming post we will share our experience of spending several days deep in coal country – which is not the West Virginia that you see in the tourism marketing materials.

Also, just a clarification for the record – chronologically we visited West Virginia before Virginia so the trail rides we are highlighting in this post occured prior to the Virginia rides.

The Mon (Monongahela River) River Trail was our first Rails to Trails ride of this journey. As you may recall from an earlier post OTR 5.2 got off to an inauspicious start ultimately requiring a 1200 mile round trip detour to Indiana for repairs to the Beast.

As a result our first round of planned rides in Pennsylvania and Maryland were postponed. If the weather co-operates we may have an opportunity to ride some of the trails as we return to Connecticut.

The Mon River trail is a 48 mile trail that sits on the right of way of the former Fairmont, Morgantown and Pittsburgh Railway. This railway began operations in 1886 and was a bulk carrier of coal, limestone, coke and sand which were and still are major sources of trade in West Virginia. The rail line was abandoned by CSX in the 1990s after a rock slide caused significant damage and CSX opted to shift coal traffic to a different route.

The trail provides a beautiful setting for biking and walking. The trail hugs the river for its full length providing great views and vistas as you follow the many curves of this meandering river.

The Mon River runs 130 miles northeasterly towards Pittsburgh where it meets the Allegheny River. The entire length of the Mon River is navigable due to a series of nine locks and dams. This engineering feat has made the river commercially viable for transporting coal by barge.

While riding we saw many coal barges being pushed up and down the river and being loaded and unloaded. The coal fired electric plant pictured above is the Fort Martin Station which is located on the west side of the river north of Morgantown. This power plant burns 2.8 million tons per year – hence the steady traffic of coal barges.

Interestingly, this plant is not a major source of air or water pollution. The scrubber systems at this plant remove over 98% of the sulpher-dioxide emissions. The river itself is very polluted – the culprits being steel and iron mills located in Pennsylvania

We stayed in Morgantown while riding the trail. Morgantown is home to West Virginia University with the campus being just up the hill from the downtown area. While the students were back on campus we did not see many college age folks in town which was surprising (perhaps Covid-19 related).

So, while Morgantown was not very lively, the trail itself warrants a couple of days in the area. Also, absent Covid-19 restrictions, WVU provides a number of attractions including a recognized art museum and a first rate arboretum.

After completing the Mon Trail we traveled south to Clarksburg to ride the North Bend Trail. The trail is a 72 miler running west from Clarksburg to the Ohio River at Parkersburg. This trail is one of the segments of the American Discovery Trail. The ADT runs from Delaware to California creating a 6000 mile non-motorized trail.

We began our ride at the eastern trail head in Clarksburg to bike west to Parkersburg. What we did not know at the time was that the eastern end of the trail has not been completed (not mentioned in any of the literature). In fact it took us a while to realize we were at the trail head because there was just a sign and a grass path. Nonetheless, we pushed off to the west assuming the trail would become a more developed trail as we went along. We were wrong!

As we realized the eastern portion of the trail was still a work in progress we made a decision to ride to Tunnel #2 at Brandy Gap. This tunnel is 1086 feet long! The tunnel is dark, wet and cold. At a certain point in the tunnel you can’t actually see light at the other end which was disorienting.

At some point we will return to this trail and having learned our lesson will start at the west end. The full trail ride takes you over 36 trestles and 10 tunnels including a tunnel twice the length of Tunnel #2.

While we have been heavily focused on bicycling the Rails to Trails bike paths we have been making sure to take some days off from cycling – and hiking instead. The views above are from Raven Rock in the Coopers Rock State Forest looking to the northwest at the Cheat River Canyon.

The Greenbrier River Trail was our final rail trail ride in West Virginia. This trail runs 77 miles along the 173 mile long river. The GRT is the longest trail in West Virginia and is one of fifty Millennium Legacy Trails ( http://www.millenniumtrails.org ) in the United States. The Greenbrier River Valley is a beautiful valley tucked in the shadow of the western approaches to the Allegheny Mountains. The river is the longest untamed river (no dams or locks) in the eastern United States and is only utilized for recreational purposes (fishing, boating, rafting).

The trail was originally a freight and passenger branch line of the Chesapeake & Ohio Railroad. The primary freight hauled in this part of West Virginia was timber. This line was abandoned during the Great Depression and never used as a railway again. The trail is currently operated and maintained by the state as a linear state park.

We started our ride at the southern trail head in Lewisburg. Lewisburg is a great town to utilize as a base for riding this trail. It is a picturesque, small town with a number of fine dining restaurants as well as art and historic homes.

We had a great day riding north under the colorful autumnal canopy before retracing our ride back to Lewisburg. This trail also provides many opportunities to camp along the trail in the adjacent Jefferson and Washington National Forest as well as several state forests.

We would be remiss if we did not mention our three favorite coffee cafes in West Virginia: Mea Cuppa Coffee Lounge in Charleston, Range Finder Coffee in Fayetteville and Koin Coffee in Bridgeport.

Next stop: Virginia as we cross over the Allegheny Mountains and the Blue Ridge Trail to begin our next set of adventures.

Life is better with great friends and great pizza! Thank you Marcella + Val! #pizzabymarcellaval #bestpizza #pizza #thincrustpizza #bestfriends #homemadepizza #italianfood #03261954 #pizzaoven
sun salutation earrings - perfect for a day of bright sunshine! #fionalovesearrings #fiona #earrings #bikewithearrings #yogasunsalutation #yoga
#fionalovesearrings #earrings #fiona #03261954 #bikewithearrings #fussycoffee
Nothing compares to the delicious flavors of a pour over coffee using specialty coffee. Today’s coffee is an excellent single origin from Conjure Coffee, Fort Wayne, Indiana. Conjure ships country-wide. #conjurecoffee #03261954 #pourovercoffee #cafeculture
Happy Thanksgiving! Stay safe and caffeinated. #03261954 #cafeculture
We were fortunate to get back to Coalescence on Saturday for our second visit. Despite being quite busy Jenny and Chris found a moment to welcome us back. Great drinks! Wonderful atmosphere! Nicest people! Love this place! #03261954 #coalescencecoffee #norfolkva #cafeculture
This was our first visit to this wonderful cafe in Norfolk. Coalescence opened in July and is the creative vision of wife and husband proprietors Jenny and Chris. They are coffee industry veterans with experience in all facets of the business. The cafe is an appealing minimalist space with clean lines and a sparkling brightness. All of our drinks were outstanding! Fiona loved her LF - no small feat! I completed my cycle of cap, cortado and double espresso. The best part of the entirely excellent experience was having the opportunity to meet and speak with Jenny and Chris. They are really sincere and friendly people as well as extremely knowledgeable about coffee. Coalescence is an exemplary third wave cafe! P. S. They serve Mad Cap Coffee - one of the premier coffee roasters in the U.S.A. #coalescencecoffee #norfolkva #virginia #cafeculture
Short visit to Charlottesville - a must for fika at Mudhouse - longtime roaster and cafe operators. The mall cafe has character with the exposed ceiling rafters, walls and open wooden shelving. Drinks were first rate - cap, cortado and tea latte. Our barista was very friendly and welcoming. We really enjoyed our visit! #03261954 #charlottesville #virginia #cortado #cappuccino #cafeculture
The ultra-cool Cocoa Cinnamon cafe on Hillsborough Road. I had an excellent cortado and Fiona had an amazing Grenada Dark Chocolate Hot Chocolate. Coffee roasted by Little Waves Coffee Roasters. Worth every minute of our detour from Virginia south to Durham. #03261954 #durhamnc #cafeculture
Feeling very fortunate to have found Third Wave on our journey east from WV. We were hopeful that a coffee shop declaring itself “third wave” was not overly ambitious. The great news is that Third Wave is a legit third wave cafe and roaster! The baristas and customers are all very welcoming and friendly. The decor is modern and comfortable. The roaster is on display in the cafe which is always fun. Fiona had an excellent LF while I had a well presented and delicious cap and cortado. Their coffee is available online. #03261954 #lynchburgva #virginia #cafeculture 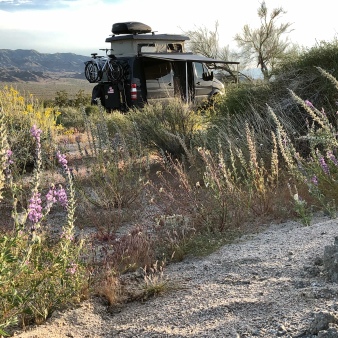 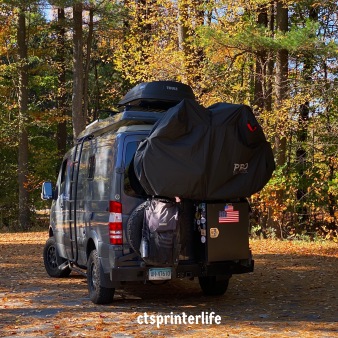 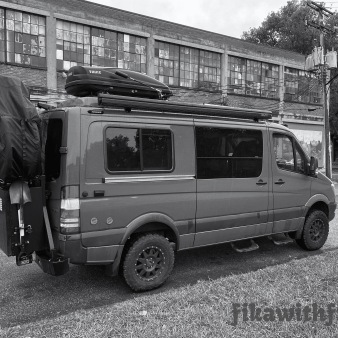 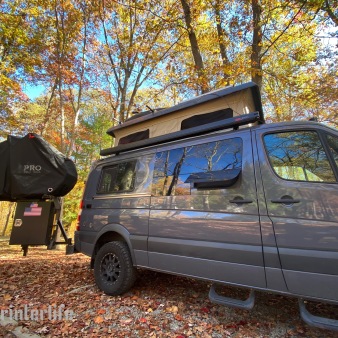 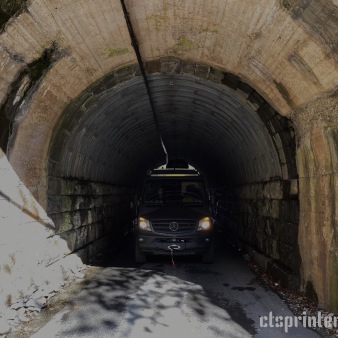 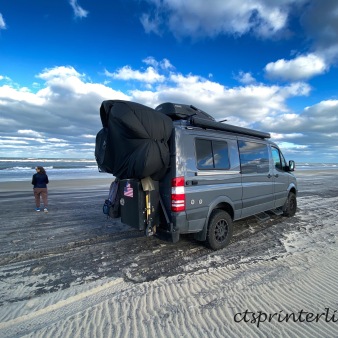 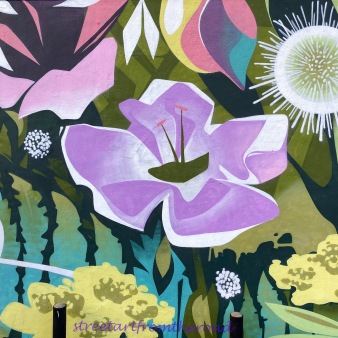 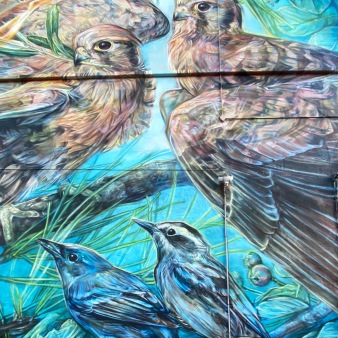 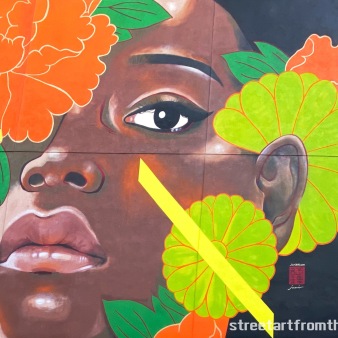 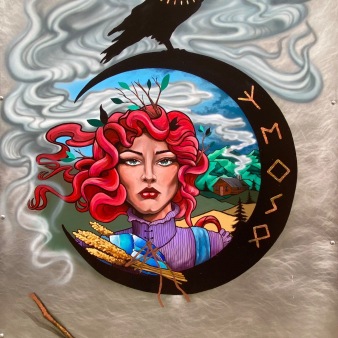 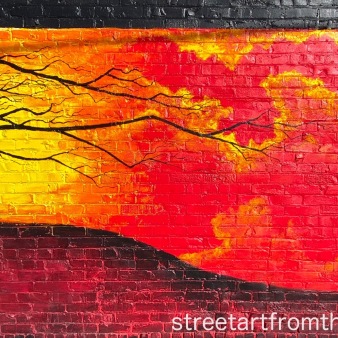 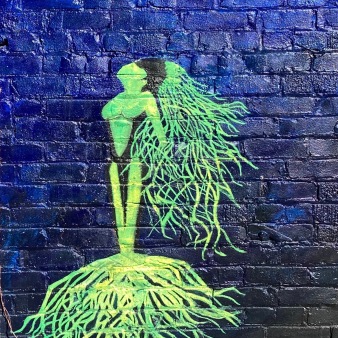